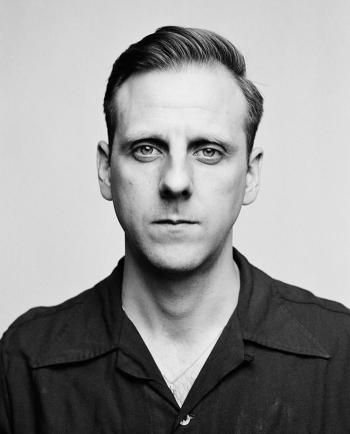 Sakarias "The Champ" Larsson was born and raised in Frufällan, on the west side of Sweden. He watched jitterbug contests as a kid and there were some things with the music and the aesthetics of the dance that spoke to him and he decided to learn. One thing led to another and already at sixteen he started practice with The Rhythm Hot Shots. That was 20 years ago and he's been with the group ever since.

The amount of hours he's spent in the rehearsal studio is probably beyond sane. The recent past years he's focused on sharing what he knows with the younger generation of Harlem Hot Shots. He finds motivation from his friends in the group, they keep him young.

Sakarias is on a never ending world tour in the name of lindy hop with probably 1000s of shows, teaching gigs and competitions. Apollo Theatre, Frankie 95 and 100, Basie Centennial, Last Bounce, Jazz Jam, ULHC, several tours in USA, Asia, Australia and Europe (only to name a few). He made it to the finals in Sweden's Got Talent and out of 100s of dancers he was casted among the top 20 to enter the reality tv dance show Floor Filler. He's also one of the founders of Chicago swing dance studio, one of the more famous lindy hop and jazz venues in Stockholm today.

He actually met and knew some of the original swing dancers of Harlem and he was good friends with Frankie Manning. The dancers from the Whitey's Lindy Hoppers are his true idols. But he also finds a lot of inspiration in modern day dancers such as Peter Loggins, Minn Vo, Jeremy Otth and of course Vincenzo Fesi.
A few years back he decided to try something else and wanted to be a rock 'n' roller. He started learning the drums and soon joined and started touring with the well recognised band The Vanjas. He's also the drummer of the travelling jazz band Hornsgatan Ramblers. As if that wasn't enough, surfing, tattooing, playing the saxophone, film making and graphical design are only a few of his other "professions". He's a man of contradictions: a performer with stage freit, a teacher with social anxiety, a people loving lone wolf.