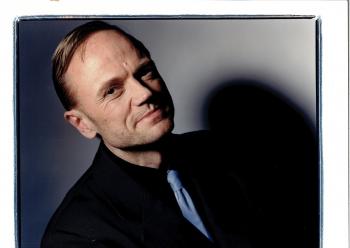 Lennart started out dancing a Swedish form of American Jitterbug in the very early 1980s. In 1983 he came across the Lindy Hop through books and old film clips, and in May the following year he travelled to New York on the look-out for the roots of the dance form. He soon met, studied and started to spend time with old-timers including Al Minns, Frankie Manning and Norma Miller. In 1985 he co-formed the semi-professional and later on highly recognized Swedish dance company The Rhythm Hot Shots (now Hot Shots), and started to seriously study also tap and vernacular jazz dancing in general. A few years, later the company was in the forefront of the first steps of the revival of the Lindy Hop, and in 1989 they took over the complete administration of the Herräng Dance Camp, and invited legendary swing dancer Frankie Manning to visit his first major international swing dance camp.

When The Rhythm Hot Shots started to receive some serious international recognition during the early 90s, Lennart was one of the key dancers. The company travelled extensively throughout the decade, and was among a handful of other dancers seriously leading the way to put the Lindy Hop back on the map again. At the time, Lennart also established himself as an international instructor, as well as an administrator and background worker at especially the Herräng Dance Camp. In 2004 he opened Chicago swing dance studio in Stockholm, and in 2010, after 25 years, he left the professional performance aspect of the dance, now focusing more on teaching, giving lectures and perform dance demonstrations.

Lennart is today still a most active dancer, instructor, lecturer, judge and administrator. He divides his time between the Herräng Dance Camp, the Chicago swing dance studio, and traveling around teaching and giving lectures. After some 35 revival and renaissance years of the Lindy Hop, Lennart is one of very few of the pioneers that are still active in the scene. His background and dedicated interest in the Harlem roots of vernacular jazz dancing has positioned him as an important link between the past and the present.