The History and The Present

Herräng Dance Camp, which originally started as a one-week event back in the summer of 1982, has for many years been the leading and most comprehensive dance camp in the world focusing on numerous old-school American jazz- and swing dancing traditions that were primarily rooted in Harlem, New York City in between the two world wars. The camp originally came about as a result of the contacts between a handful of Stockholm jitterbug dancers and mister John Clancy from New York. The latter, together with his wife, was finally invited to Sweden to teach a downtown New York version of the Lindy Hop. The event was originally meant to be held in Stockholm, but some of the organisers thought that it might be a better idea to find a more isolated place somewhere else, though not too far away from our capital city. The choice became Herräng, a sleepy one-horse town in the outskirts of nowhere, but still fairly easy to reach by car or by public transportation. When the camp opened its doors for the very first time on August 1, 1982, approximately 25 dancers had signed up to participate in what was to become the future Herräng Dance Camp.

The future intention of the event was not set from the beginning, and most people, including the organisers, looked upon it as a one-off happening. A decision was however finally taken that the event should continue, and in 1983 nearly 100 jitterbug dancers from different clubs around Sweden showed up and participated in what had now become a strictly Swedish event exclusively presenting Stockholm based teachers. During the rest of the 1980s, the development of the camp very much followed the intentions given in 1983, and over the years the event gradually started to slowly grow, and in the latter part of the decade, the gathering counted a few hundred dancers spread out over two weeks rather than one. At around this time, it was still more or less impossible to foresee the international invasion waiting around the corner, since the revival of the Lindy Hop had not yet fully taken off. However: in 1989, the semi-professional Swedish swing dance company ‘The Rhythm Hot Shots’ (formed in the summer of 1985), joined forces with the Swedish Swing Society (the main organiser from 1982 to 1988), eventually making the decision to invite legendary Savoy Ballroom dancer Mister Frankie Manning to headline the event. Frankie's presence, personality and way of dancing quickly transformed the event from being something fairly homemade and very Swedish, to become something African-American and seriously swingin'. For most students, these new influences were very well received, and in combination with the first wave of the international revival of the Lindy Hop, Herräng very soon established itself as one of the very few places where revivalists from different countries could meet and hang out together, surrounded by the full concept of swing dancing.

When The Rhythm Hot Shots in 2002 was in a position of personnel transformation, the camp suffered economically and was very close to ending up in bankruptcy. During the fall/winter of 2002/2003, things looked very dark for the event, and no one could at the time tell whether the history of Herräng Dance Camp had come to an end or not. Finally, some agreements were made, with five individual dancers (Frida Segerdahl, Fatima Teffahi, Daniel Heedman, Lorenz Ilg and Lennart Westerlund) taking over the event from the previous owners. Luckily for both the new owners and the camp itself, the 2003 event never suffered from the above difficulties: instead, debts were paid and some refreshing new energy was blown into the event.

The early days of the Herräng Dance Camp was characterised by the philosophy of dancing as a sport rather than a social activity. Participants at the event rarely performed any social dancing, and the camp offered very few if any evening activities. The change came in the early 1990s with the full introduction and gradual understanding of the background and context of the vernacular Lindy Hop. In only a few years, the camp changed from some kind of athleticism to some kind of partyism, though still keeping the classes and the historical background as vital elements of the event.

In recent years, event organisers all over the world have suffered severely from the partly still-ongoing corona turmoil. Along the same lines, Herräng Dance Camp was forced to cancel both the 2020 and 2021 event. All kinds of question marks are still in circulation at the time of writing this (February, 2022) and nobody knows for sure what the future holds in terms of continued interest in swing dancing and the possibility to organise subsequent dance events. Nevertheless, we have decided to move forward and continue on the track we have had for many years: to present a spectacular and slightly surrealistic festival following in the footsteps of Frankie Manning, Norma Miller, Dawn Hampton and other swing dance icons that continue to set the standards for Herräng Dance Camp.

From an administrative point of view, the Herräng Dance Camp is a monster. The underlying reason for making such a statement is that the village of Herräng doesn't offer the infrastructure needed for an event of this dimension. Accordingly, many different issues sooner or later end up on our table. At the same time, it is a true privilege to have been given the opportunity to work inside such a dynamic and somehow important and appreciated organisation. Many people have been seriously contributing to the camp's well-being and development over the years. Without these contributions, the event would not have been able to keep and maintain its recognised position as the true cosmopolitan melting-pot for the revival of, and for contemporary swing dance community.


Heartily welcome to the semi-surrealistic reality of Herräng Dance Camp. 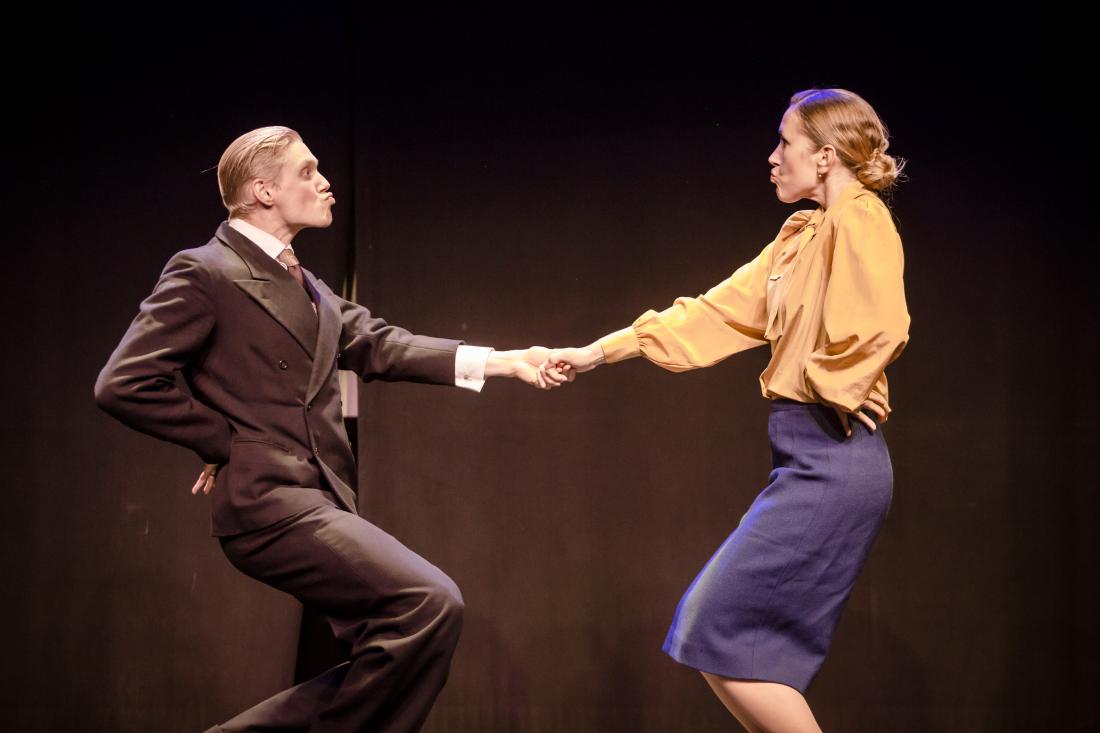